The study was performed on 140,000 people in 14 countries. The study found that there is a better hand grip than blood pressure to determine the chanc 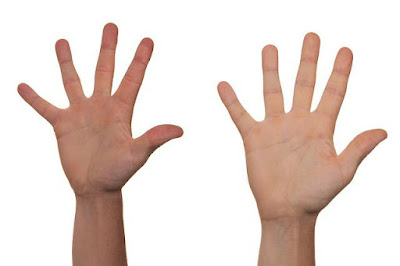 A new study says that information about a person having a heart attack, stroke, or dying at an early age is in the palm of one's hand. The study was published in Lancet.
The study was performed on 140,000 people in 14 countries. The study found that there is a better hand grip than blood pressure to determine the chances of having a heart attack, stroke, or dying at an early age.
The international research team says that a hand grip is a simple and cheap way to know health. However, experts say that the connection between the hand grip and heart disease is not clear and more research is needed. New research suggests that hand grip weakens with age. But those whose grip weakens more quickly are at risk.
Read: Amazing Health Benefits of Tomatoes
According to a new study, a 20-year-old woman's hand grip weighs 75 pounds, compared to 53 pounds in 70 years. In contrast, 20-year-old men can weigh 119 pounds, down from 85 pounds in 70 years. Chances increase by 16%.
Similarly, the chances of having a fatal heart attack increased by 17%, and the chances of having a stroke increased by 9%. Questions such as whether or not you smoke, obesity, cholesterol, blood pressure, where you live, and whether there is a disease in the family are asked.

My name is Huzaifa Sardar and I'm the Developer of Health-Teachers. I started Health-Teachers with the idea of helping people around the world. Please contact me if you need any help with the site at all!
All the best Huzaifa Sardar
#body #exercise #human
Follow 👉Follow Blog Facebook Tumblr Twitter Medium Pinterest