This is because the teeth are deeply embedded and cleaning becomes very difficult. Now scientists from the Indian Institute of Technology (IIT) have c The science of nanotechnology is now becoming fruitful and now such nanobots have been created which can not only clean the teeth with the help of heat but can also go deep and destroy harmful bacteria.
This is because the teeth are deeply embedded and cleaning becomes very difficult. Now scientists from the Indian Institute of Technology (IIT) have created nanobots that can be transported anywhere by magnetic force. They will be able to reach deep into the root canal and thus save the tooth.
Read: Mouthwash turns out to be an enemy of harmful bacteria as well as beneficial bacteria
A place deep in the tooth is called the 'dentinal tubules' which are microscopic passages deep in the tooth. They are present from the outer shell of the teeth to the pulp. This is where bacteria begin to erode the tooth and root canal therapy is required. Otherwise, the infection will develop and make it more destructive. Nanobots have the potential to stop this process. 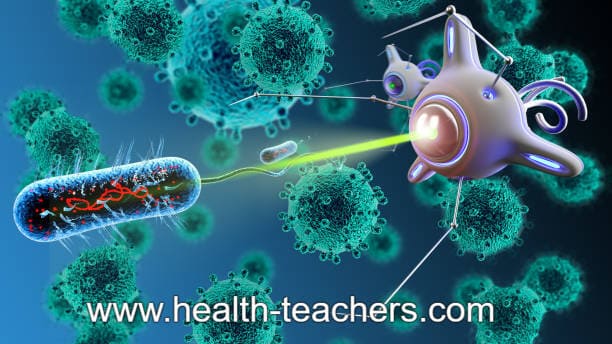 Dentinal tubules are very thin and extend deep into the tissues. A root canal procedure involves cleaning the teeth and removing the bacteria present there. But some species of bacteria resist all treatment and some remain.
Read: Eat Camel Meat For Good Health
For this, Indian scientists have made very small robots by coating silicon dioxide and an iron layer. These robots go 2000 micrometers deep. They are heated from the outside and they destroy the bacteria around them.
When tested on currently extracted teeth, they penetrated deep into the dentinal tubules and destroyed the bacteria. After finishing its work, the robot can be taken out from there. Dentist nanobots have since been tested on the teeth of rats. Interestingly, after experiments on mice, a commercial company has also started manufacturing nanobots for cleaning teeth.
Read on Buy Me a Coffee