A survey of two South Asian countries has revealed an interesting finding that if you have fast food outlets near your home, ordering food from there 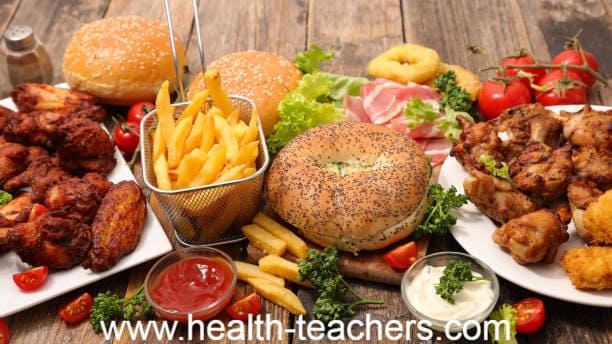 A survey of two South Asian countries has revealed an interesting finding that if you have fast food outlets near your home, ordering food from there frequently increases your risk of type 2 diabetes and obesity.

Can Professor Melissa from Imperial College London and her colleagues insist that the environment we live in and around us can have an impact on our nutrition?

Although there has been a lot of research on it in developed countries, now a survey has been conducted on it in some South Asian countries, which has revealed interesting results.

It is aimed at unhealthy food shops near the house and its effects on neighboring houses have been noted. For this, data and information have been taken from 12167 people from Bangladesh and Sri Lanka from the year 2018 to 2020.

First, diabetes status and glucose information were collected from people living in cities and villages. After that, a map of food shops, especially fast food restaurants, around their house was made.

In particular, chicken fast food shops 300 meters away from the house, i.e. within walking distance, were specially targeted. Apart from this, foods available at shops were included in the list of healthy and unhealthy foods.

It is known that people who live near fast food sometimes go out and get food to satisfy their hunger even with small hunger. In this sense, easy access to fast food outlets increases the risk of type 2 diabetes by 8%. If there is a fast food outlet close to home, the average blood sugar level can increase by 2.14 mg/dL.

On the other hand, it was seen more among women and people with high incomes who cannot stop eating fast food due to appetite. In such people, the tendency of sugar was more observed.

However, this report is lacking because people were asked to report their recent blood sugar readings and for some reason, the data appears to be inconsistent.

In their findings, experts said that if you have fast food and soft drink shops near your home, you have to take care of yourself and save yourself from falling into this cycle.