Obesity is the cause of many diseases

Who likes obesity? It not only destroys the appearance but is also a root cause of disease as it increases the risk of countless diseases including di 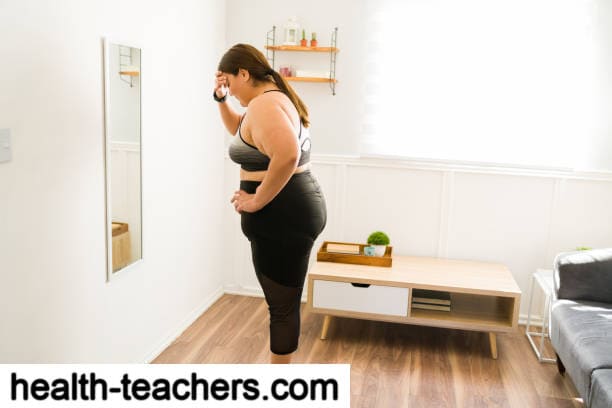 Who likes obesity? It not only destroys the appearance but is also a root cause of disease as it increases the risk of countless diseases including diabetes, blood pressure, heart disease, and stroke.
And it is a fact that obesity has become a global epidemic, according to a survey report, Pakistan ranks ninth among the countries most affected by obesity.
The growing trend of obesity among the young generation and children is due to an unhealthy diet and lack of exercise.
Medical experts fear that one in five adults will be obese after ten years. Obesity is spreading rapidly in the new generation of Pakistan.
According to the Deputy Director of the Pakistan Institute of Medical Sciences, the reason for the growing trend of obesity among the young generation and children is an unhealthy diet and lack of exercise.
Medical experts attribute the increase in many diseases to increasing weight. According to the survey of 177 countries and the report released after that, the number of people suffering from obesity and excess weight around the world is about two billion.
Most of the people suffering from obesity belong to America, China, and India. But this disease also exists in Pakistan.
It is very important to know that it is absolutely wrong to say that obesity is associated with the rich and the foodie class. Because not only a balanced diet but also an unbalanced diet and lifestyle play an important role in being overweight.
If we talk about China, due to social and economic changes in China, obesity is increasing rapidly among rural youth in China. On the other hand, the percentage of obese women has increased from 6.4% to 14.9%.
In addition, Micronesia is an oceanic region consisting of hundreds of small islands spread over a vast area of ​​the western Pacific Ocean.
Bordered by the Philippines to the northwest, Indonesia, Papua New Guinea, and Malaysia to the west and southwest, and Polynesia to the east, 38 percent of the male and half of the female population in the region were also found to be obese.
Medical experts say obesity can be more harmful to girls than to boys.
To live a healthy life and be protected from future diseases, it is important to eat a simple and balanced diet. Adopt a simple lifestyle, make light exercise a part of your daily routine, and try to avoid stress as much as possible.
A study has revealed that high consumption of yogurt is effective in reducing obesity.
Chewing and swallowing food properly is the easiest recipe for weight loss. Similarly, people who eat slowly also drink more water, which makes them feel fuller. Consuming more protein in your diet will help you avoid obesity.
Instead of burning calories to reduce your body weight, you should consume more protein-rich foods in your diet. According to medical experts, it is also said that the use of meat, fish, eggs, etc. is the best in this regard because they are protein-rich foods.
Eating an apple a day keeps the doctor away, but it is also important to prevent obesity. happens.
Daily consumption of green apples not only keeps the feeling of fullness longer but also increases the number of beneficial bacteria in the gut.
Research has shown that daily consumption of these apples increases the number of healthy bacteria that help fight obesity.
Getting children to sleep early is the easiest and cheapest way to prevent obesity.
You will be surprised to hear about this weight loss method that women lose 2.26 kg within one month of heartbreak.
If women stay alone for a year after breaking up, their obesity, if real, decreases by 6 to 7 kg. One thing can be said for sure if the current trend of food and lifestyle continues in other countries including Pakistan, another challenge in the form of a medical problem will become inevitable.

My name is Huzaifa Sardar and I'm the Developer of Health-Teachers. I started Health-Teachers with the idea of helping people around the world. Please contact me if you need any help with the site at all!
All the best Huzaifa Sardar
#lose weight #naturally tips #obesity
Follow 👉Follow Blog Facebook Tumblr Twitter Medium Pinterest